If you follow our Crock Pot posts, you have read about the many soups and stews that I do for our lunch on the days that we teach classes. Our oldest son is soup-crazy, so I started the tradition for him as he comes to teach with me each week.

Classes are over for the summer, but I do want to continue the crock pot tradition because so many of the entrees in the crock pot are so simple–and one dish!

Today I did a beef roast, potatoes, carrots, and green beans in the crock pot. While I don’t have a specific recipe for you, I do have many tips and ideas for the weekly “meat and potatoes” meal that I do.

(See the notes in “Low Carb” and “Family-Friendly Low Carb” annotations beneath the “recipe” to make lower-carb, lower-glycemic number, more nutritious roasts and veggies. They will all use the same methodology that I am describing below.)

Tips for beef and pork roast in the crock pot:

1. By knowing that one meal is going to be “meat and potatoes” (preferably all in one dish) meal, I know every week that one meal is “covered,” so to speak (without too much planning and thinking). (Listen to my podcast episode, “Five Tips to Become More Efficient in the Kitchen,” to learn about keeping ingredients on hand for a certain number of quick meals!) My meat and potatoes meals usually consist of one of the following: 2. I almost always cook my roasts in cooking bags—even if they are in the crock pot. I don’t usually buy expensive cuts of meat, so the small price I am paying for the “oven cooking bag” helps make the meat more tender. 3. Sometimes if I find one of those pork roasts or corn beef roasts with the seasonings already in the packet or on the meat, I go for them! Something about knowing the meat is tenderized and seasoned makes that day’s main meal feel really easy! 4. I seldom cook my vegetables in with my meat. It sometimes tastes as though the potatoes are overcooked in order to get the meat done, etc. Thus, I always steam+ my veggies in the micro and add them to the oven bag (or dump the oven bag the last bit) during the last hour or two to mix flavors. (If you are not opposed to using a microwave oven, I encourage you to do more and more cooking in it. I put fresh veggies in (one type at a time), put a 1/4 cup of seasoned broth on them, and cover–and steam cook in the microwave until nearly done. I also do this on stir fry night for stir fried veggies, like carrots, that take longer to cook than the other stir fried veggies I am using.) +For potatoes, I often use my “potato trick.”

5. To make stews (chicken or beef), I cut up my meat and put it in the crock pot early in the day with either store bought soups or homemade soups and a small amount (cup or two, depending on size of crock and amount of meat) of rich broth. (If using canned broth, I add base to the broth to deepen the taste.) I also add onions, bay leaves, and other seasonings. This becomes my “starter” for my stews. Then later in the day, when the meat is nearly done, I add the steamed veggies as described above in number four.

6. The richest, best beef roast I make is rolled roast with mushroom soup, deep broth, onions, peppercorns, and bay leaves. Before I put the roast in that mixture, I rub it with a tablespoon or two of coffee, some garlic, and my All Purpose Seasoning Mix. This makes the best gravy ever!

I love having a day each week dedicated to “meat and veggies.” It fills my four guys up–and gives my mind a partial day off from thinking about dinner too much! Happy crocking!

Low Carb (LC): These can be very low carb if you switch up the veggies that you add. The lowest carb veggies that you might want in one of these dishes are rutabagas, radishes, Daikon radishes, onions, celery, and green beans. They rutabagas and radishes are good potato substitutes. I highly recommend that you pre-cook your rutabagas and radishes in deep broth with seasonings (either in the microwave or on the stove). I don’t fully cook my potatoes and/or radishes/rutabagas, but cook them about eighty percent done in the seasoned broth. Then they are ready to add to my meat near the end.

Family-Friendly Low Carb (FFLC): While white potatoes are high in carbs and high on the glycemic index, you can still make the “meat and veggies” types of meals on a healthier eating plan. For one thing, if you have small children or teens (who need the carbs), you can still use white potatoes, but also use carrots and green beans (and possibly make the ratio of potatoes to the others a little lower–fewer potatoes). Carrots have been villainized by the low carb industry for years, but carrots are only slightly higher in carbs than green beans (8 carbs per half cup vs. 4 carbs per half cup..compare to potatoes at 12 carbs per half cup). Also, when combining the three vegetables, your average carb count for the vegetable portion of the entree or stew is eight carbs, certainly a healthy number for most people who are not eating keto or extremely low carb.

Store-Bought-Stella (SBS): How can a Stella make this home-made meal type each week and not spend too much time? Few ideas: (1) Buy roast seasoning packets (some come with the bags), so that seasoning time is greatly reduces, and you don’t have to think about what seasonings to use; (2) Use canned, store-bought soups for parts of the liquid and to make no-mix creamy gravies at the end; (3) Use Veg-All canned large stew vegetables in place of the veggies. No chopping, cleaning, or cutting. Just be sure to add them near the end and in the liquid/broth, so that they are well seasoned. (4) Use store-bought baby carrots and frozen green beans. Use the deeply-seasoned broth and zap them in the micro before adding to the meat/cooking bag.

Freezer Cooking (FC): This is one of those “have these ingredients on hand each week to make this type of dish” recipe rather than a freezer entree. However, you could create a “meal starter” packet with meats and vegetables: (1) Place the piece of meat in freezer bag and pour seasoned broth over it (not covering it; just as described in “recipe” above); (2) Toss frozen green beans and frozen carrots and frozen onions all in another bag with some seasoned broth. (Or cook baby carrots til nearly done and toss with frozen green beans and onions with seasonings.); (3) Put the two bags down in a larger bag and label. To use, defrost in bags. Put meat and liquid into cooking bag and cook as directed in “recipe.” Add pre-cooked veggies bag of ingredients in towards the end (as described above). In this way, you do have a “freezer starter”–and it is all one dish, full meal! (Love that part!)

Oldie Goldie Family Recipes (OG): I have done my roasts as described in this post ever since I can remember. I learned the coffee granules trick twenty-five years ago, and a deep, seasoned roast with the gravy made from that soup/coffee/broth combination is always on our Christmas day menu!

Trim Healthy Mama Friendly (THM) www.trimhealthymama.com: Most meats that are good as roasts/stews are more fatty than the typical E meal for THM, so under nearly all circumstances, this would be an S meal. You need to tweak the veggies to keep the carbs at five to six grams or so. If you find meats that are under six or seven grams of fat (i.e. lean pork roasts or if you want to do a skinless “chicken roast,” you could use more carby vegetables and create an E crock pot “roast and veggies” entree.

Sugar Free (SF): No sugar added! Be sure to check your cans if adding canned soups, sauces, or veggies to your entree.

Gluten Free (GF): This can definitely be-free if using the gluten-free seasoning mixes and no soups that contain gluten-laiden thickeners.

Low Carb Mixes (LCM): This “recipe” doesn’t necessarily call for one of my mixes, but I use my All Purpose Seasoning Mix in my roasts/stews. 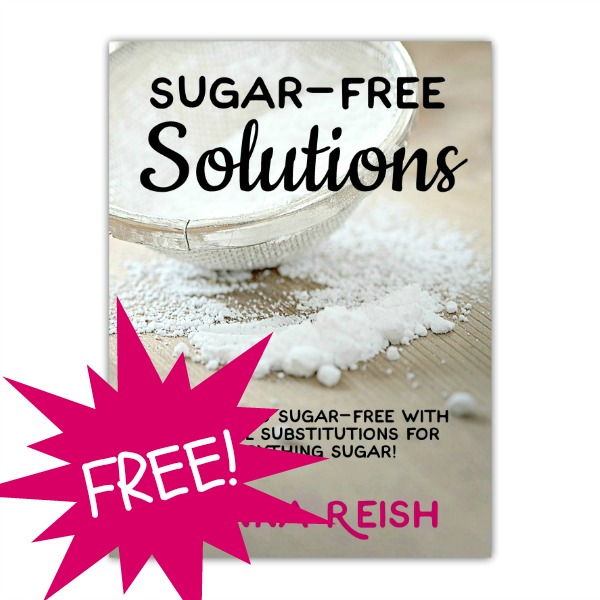