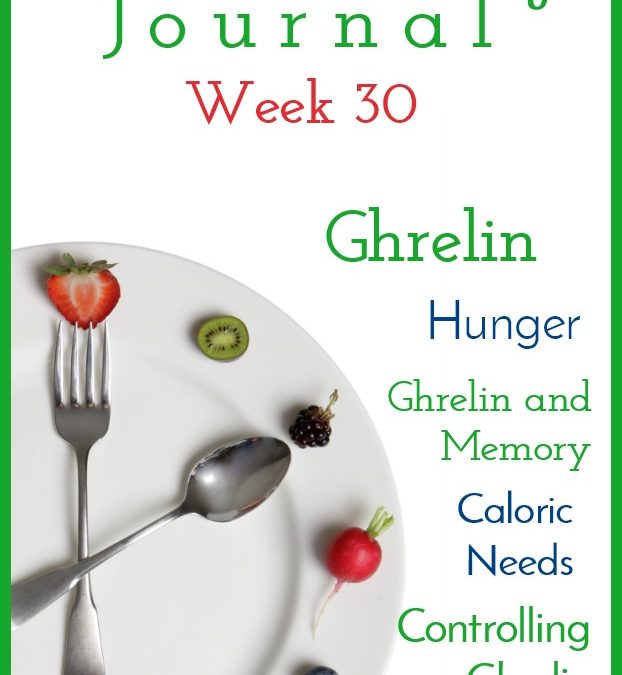 In this episode, Donna Reish, curriculum author, blogger, and Intermittent Fasting teacher, teaches about the hunger hormone, ghrelin. First of all, she begins explaining what this hormone is, where it comes from, and what it does. She goes into ghrelin’s path—where it is released from and where it goes, including what triggers its release. Donna explains how ghrelin isn’t to be feared—it acts on a part of the brain responsible for memory (which helps us think better!), is the precursor for human growth hormone, and its release means that we are burning body fat! She then explains what can trigger ghrelin. Other areas she teaches on in this episode include how much food our bodies need at lower weights, how waves of ghrelin can be controlled/worked through, and much more! Stay tuned for the next episode in which Donna teaches how to overcome hunger, appetite, and cravings through intermittent fasting! Donnareish.com Subscribe to the blog for free Intermittent Fasting start up charts!

1. Hubby and I fasting for nearly ten months
2. I’m 20 pounds from goal weight; he is 25 pounds from goal weight
3. Mostly OMAD….averaging 19 or 20 hours a day
4. Still loving it!
5. Teaching in FREE one hour long webinar each month (three time slots to choose from!): intermittentfastingwebinar.com
6. Teaching a month-long course to get people started well, motivate, and learn to fast with vital info presented in an incremental fashion each day in videos, outlines, downloads, graphics, etc: intermittentfastingcourse.com

B. What is Ghrelin?

1. Hormone produced in/released from the gut (and also in smaller amounts from the pancreas and brain)
2. It controls appetite!
3. When stomach is empty, ghrelin is released to tell you that you are hungry
4. Stomach growling is associated with ghrelin
5. Also has roles in growth hormones, insulin secretion, GI motility, blood pressure, and more

1. Released from the top of the stomach (the fundus) when stomach is empty or near empty.
2. Goes through the blood and up to the brain/hypothalamus
3. Tells the brain that you need food/energy/fuel
4. Brain tells other hormones/rest of body to eat

1. Also acts on the hippocampus in the brain

1. Hippocampus is responsible for memory
2. When ghrelin reaches the hippocampus, it creates new neurons (and memories) and strengthens the connections between neurons.
3. Hunger actually makes us better at creating new memories and learning!
4. More research is being done in this area as it relates to cognitive/nerve diseases such as Alzheimer’s, Parkinson’s, etc.

2. Only been known about for ten years or so
3. Recent research suggests that we can cause ghrelin to be released simply by seeing pictures of foods (might be a good idea not to watch cooking shows, read glossy food magazines, or grocery shop while fasting if possible!)
4. We can train grehlin!

E. When is it released?

1. Good reason to fast and shrink the stomach
2. Then it doesn’t take as much food to fill up a shrunk stomach
3. Sometimes ghrelin overrides stomach distension!
4. Rises before meals and falls after meals
5. Very sensitive to food intake, so it is increased with dieting or reduced caloric intake
6. Also released in response to stress—which is why people overeat when stressed (and can become a vicious cycle that is hard to stop)
7. Released at typical meal times—clock hunger

1. Super important for “cheat” days
2. Why I fast as long as I can on special occasions
3. Ghrelin will be increased and released according to clock hunger following vacations, weekends off of fasting, etc.

8. Released about three hours after last meal (waves of hunger)
9. Its effects are usually felt for about ten minutes then it calms down again until the next “wave” (usually according to clock hunger but other things can elicit it too like visuals, smells, etc.)
10. Not released more and more as time goes on
11. Ghrelin is low in the mornings, so fasting will likely be easier in the mornings than the evenings (which is a good point for why we can know it doesn’t get worse and worse as time goes on—otherwise it should be horrible in the mornings to not eat!)
12. As we lose weight, we automatically decrease our needed calories

1. Lower calories/food not “lasting” long will cause ghrelin to be released
2. Our lower body weights require fewer calories

i. Example: 10 to 12 calories per pound
ii. Automatically need ten calories less per pound we lose (or more)
iii. Be sure studies consider this when they say that lower calories caused a decrease in TDEE—it automatically happens with weight loss

3. When this happens, we might need to turn to more filling foods in order to satisfy ghrelin while still eating the amount of food we need

1. Clinically demonstrated to help you lose weight
2. Helps reduce hunger
3. Fills up stomach (helping with distensibility) so that you don’t eat as much
4. Supports healthy glucose metabolism

4. When to take it for fasters

1. Can take during fast if you don’t sense an insulin spike and it doesn’t cause hunger—fiber will fill up the stomach and cause hunger to go away
2. Contains 2 grams of carbs so not much more than coffee—but you have to play with it because of the sweet taste (most research suggests that stevia doesn’t cause an insulin spike)
3. If it causes an insulin spike for you, you want to consume it 30 to 60 minutes before your first meal or snack or before large meal
4. May take two per day
5. HC Slim ingredients

i. Only ingredient not in XOX Slim
ii. Large plant with resistant starch
iii. Increases prebiotic activity (think sauerkraut)
iv. Reduces caloric intake by mixing with the water in the gut and swelling (fibrous) to leave less room int eh stomach for food
v. Also has long term effect, influencing the meal immediately after it is consumed and the next meal as well

i. Most bioavailable source
ii. Essential trace mineral that we are usually deficient in
iii. Supports healthy glucose metabolism
iv. Facilitates glucose transport to the cells

i. Long history of medicinal use in China and Europe
ii. Contains health promoting phytonutrients
iii. Considered a super food and a potent antioxidant

i. Perennial herb native to South America
ii. Used for centuries as a medicinal herb and natural sweetener
iii. Extracted from the leaves
iv. Zero calories and carbs
i. Beet—natural color in Slim

Below are a couple of links to books I use and love. I am an affiliate for Amazon.com. If you click on the links below I will earn a small commission. Thank you for your support of this blog!

Places to Find Me and Find Out More About Intermittent Fasting!

Sign up for my month-long, step-by-step course (starts the first Monday of each month)

Subscribe to the blog and get free IF start up charts

Join my private FB group where I teach IF!

Get my IF app