The Most Effective Diet of 2019 Uncovered By Research! 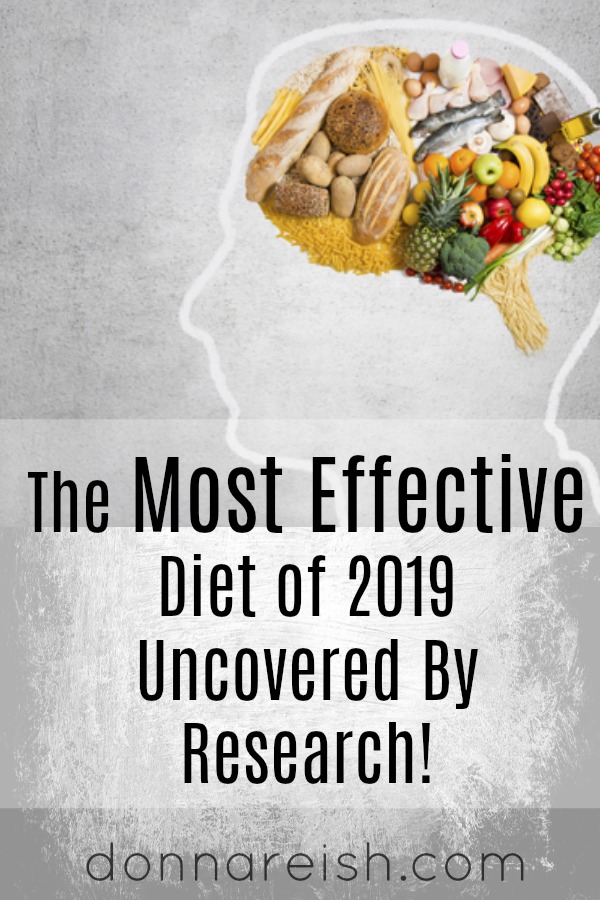 It is the end of the year/beginning of a new year….the time for reflection, goal setting, and resolution making.

However, the statistics for yearly goal setting and resolution making are bleak at best.

Studies indicate that only 8% of the people who make resolutions are still following those resolutions come January 22nd.

And less than 1% of people will keep said resolutions throughout the whole year.

Diets are usually at the top of a resolution list. Followed shortly by exercise and finances (i.e. saving a certain amount or staying on budget or getting out of debt).

The diet resolution news gets even worse.

According to a metastudy (study of studies) in the April issue of American Psychologist, the journal of the American Psychological Association, going on diets actually makes us GAIN weight. “Several studies indicate that dieting is actually a consistent predictor of future weight gain,” said Janet Tomiyama, co-author of the study.

“One study found that 50 percent of dieters weighed more than 11 pounds over their starting weight five years after the diet.”

So what is the diet for 2019? With statistics like these, why even try to lose weight in the coming year? Why try to attain health? Why try to change our lives?

If only 8% of people can keep their resolutions until January 22nd and 83% of dieters gain back more weight than they lose, what is the point in trying?

I have THE diet based on tons of research (somewhere out there—all the research shows people abandoning diets at alarming rates)…and even, in part based on the meta-study described above.

The number one diet for 2019 (or any year) is one that people will stay on for life.

I say it over and over again in my weekly broadcasts (videos and podcasts). I teach it at my blog. I elaborate on it in my course: Sustainability is everything.

We make restrictive diet pronouncements all the time that we know we will not continue for long.

We are hopeful. It is working for someone we know. The before and after pics on social media are compelling.

If we shop for healthier foods. If we empty our kitchens of “bad foods.” If we make a thorough plan. We will succeed.

But with a restrictive food approach, we are setting ourselves up for failure from the beginning. Will you really NEVER eat a cupcake again? Will you not EVER eat bread at a restaurant? Will you deny yourself ice cream for the rest of your life?

And as soon as you take part in something off protocol, you have failed at another diet.

Sustainability is everything in weight management.

What can you do starting today and forever? What can become a true, doable, always-on lifestyle?

That is the best eating protocol for life!

The diet for 2019 is one that you will ADHERE to and continue to ADHERE to forever. I have a hunch that it could be Intermittent Fasting!

IF is the first weight management protocol that both my husband and I have stayed on for an entire year. The only one in which we have both come within 25 pounds of our goal weights. The only protocol that my husband has lost nearly 100 pounds on—and that I continue to lose on!

Four Ways You Can Learn:

2) FREE Start Up Charts, Calories In/Calories Out Game, and weekly articles at my blog HERE

4) Month-long IF course (“A Month to Learn It; a Lifetime to Live It”) in which I hold your hand every day as you get over the first three weeks of the hangries and adopt a SUSTAINABLE weight management approach