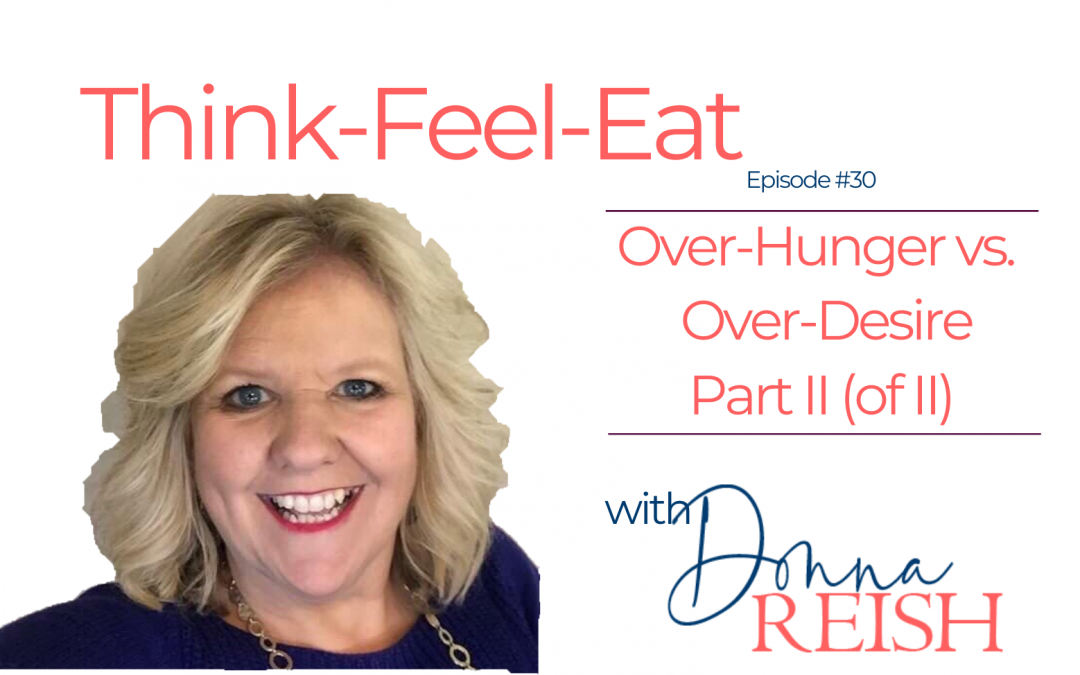 In this episode, I present Part II (of II) of Over-Hunger vs. Over-Desire with an emphasis this week on Over-Desire then looking at solutions for BOTH.

I’m so excited to bring you more OVER info! I dig in this week with a review of the two OVERS—starting with Over-Hunger (true stomach hunger, ghrelin, regulating hunger during the fast, affects satiation or “satedness” (fullness).

Then I review Over-Desire (desiring a certain food or food type oftentimes without hunger, desiring certain foods even when we are full, created by giving in to cravings frequently, also influenced by food memories).

Next. I move into dopamine spikes (See also TFE 7, 8, and 9 for teaching, charts, and Urge Map!). I teach dopamine as a motivation/habit chemical and use a helpful chart to teach dopamine from OVER behaviors and foods vs. dopamine release from simple pleasures. Of course, I help you see how to change your dopamine spikes from high calorie, seductive foods too!

Lastly, I bring Over-Hunger and Over-Desire together, showing the behaviors and tricks that can actually influence both at the same time! (More self-improvement bang for your effort-buck!) These include the 3 F’s, intermittent fasting, sleep, higher protein, reducing highly-palatable foods, and watching for vanishing calorie density foods.

3. Each one affects a different part

a. They both cause the same final outcome: over-eating resulting in weight gain.

b. They can both be controlled quite a bit through strategic actions. (See The Perfect Storm of Weight Loss!)

b. Over-hunger tricks like filling stomach with 3 F’s, drinking water, fasting so you don’t have to contend with hunger very long each day, etc., do not affect over-desire so much.

c. You know it’s over-desire and not over-hunger when it is food or food-type specific—just filling your stomach with anything won’t work.

b. Associated with hyper-palatable, seductive foods

2. Can also be textures

3. Can also be memories

a. Not a reward as much as a motivation/habit

b. Can happen before you ever take the first bite—just the thought of that food, that memory, that result, that situation—this is what makes it motivating/habitual

e. Nutrition from food releases dopamine in the stomach—but later than the spikes from the brain that are more intense

a. Spread out the instances of them

b. Reduce the number of seductive elements in your treats—animal crackers instead of Oreos; sugar free frozen yogurt instead of full fat, sugary ice cream, simple nacho at home instead of loaded from restaurant—these will save calories but they will also decrease the dopamine spikes since fewer of the six elements will be combined

d. Plan your simple pleasures! (Delights of the Day)—research shows that looking forward to something can bring the same or nearly the same reward as the action itself; you will have that simple pleasure to turn to.

a. Fill up stomach for hunger

b. Keeps cravings lower/you don’t have so many inhibitions/giving in to hyper-palatable foods

4. Eating higher protein (.8 to 1 gram per pound of body weight)

a. Stays in stomach/most satiating macros

b. Pushes out other foods when you try to get the right amount of protein

c. Real food for both hunger and cravings/over-desire

a. Food scientists create foods to melt in your mouth and essentially signal the brain that you’re not eating as much as you really are

b. These food disappear in your mouth and you often feel like you didn’t eat anything at all

c. Takes soooo much of these foods to satiate/sate you; takes more and more to get the reward from the food

d. Evaluate which foods are vanishing calorie density foods for you

1. Intermittent Fasting Course—first Monday of each month; use code SAVE20 to get $20 off—see you in September! 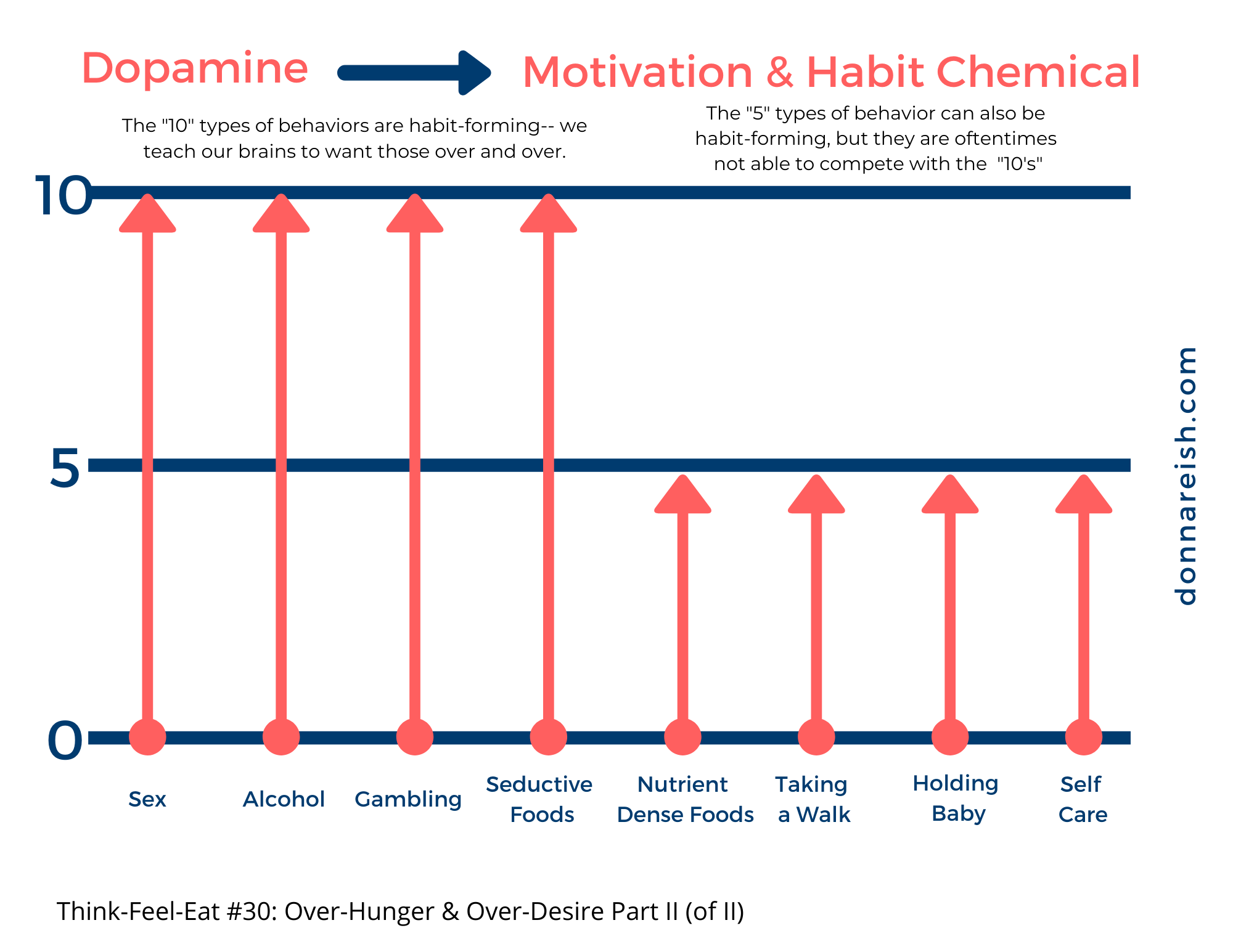 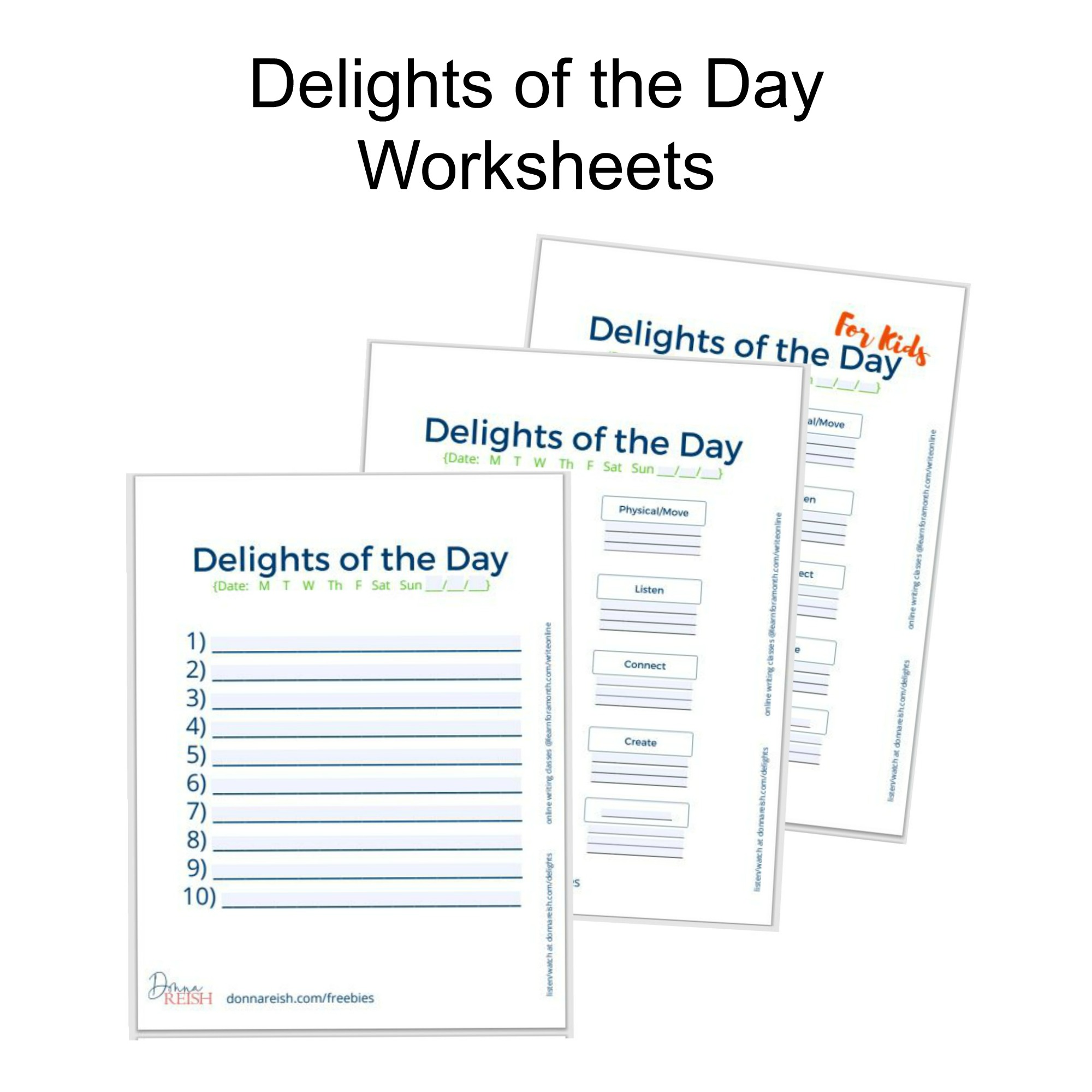 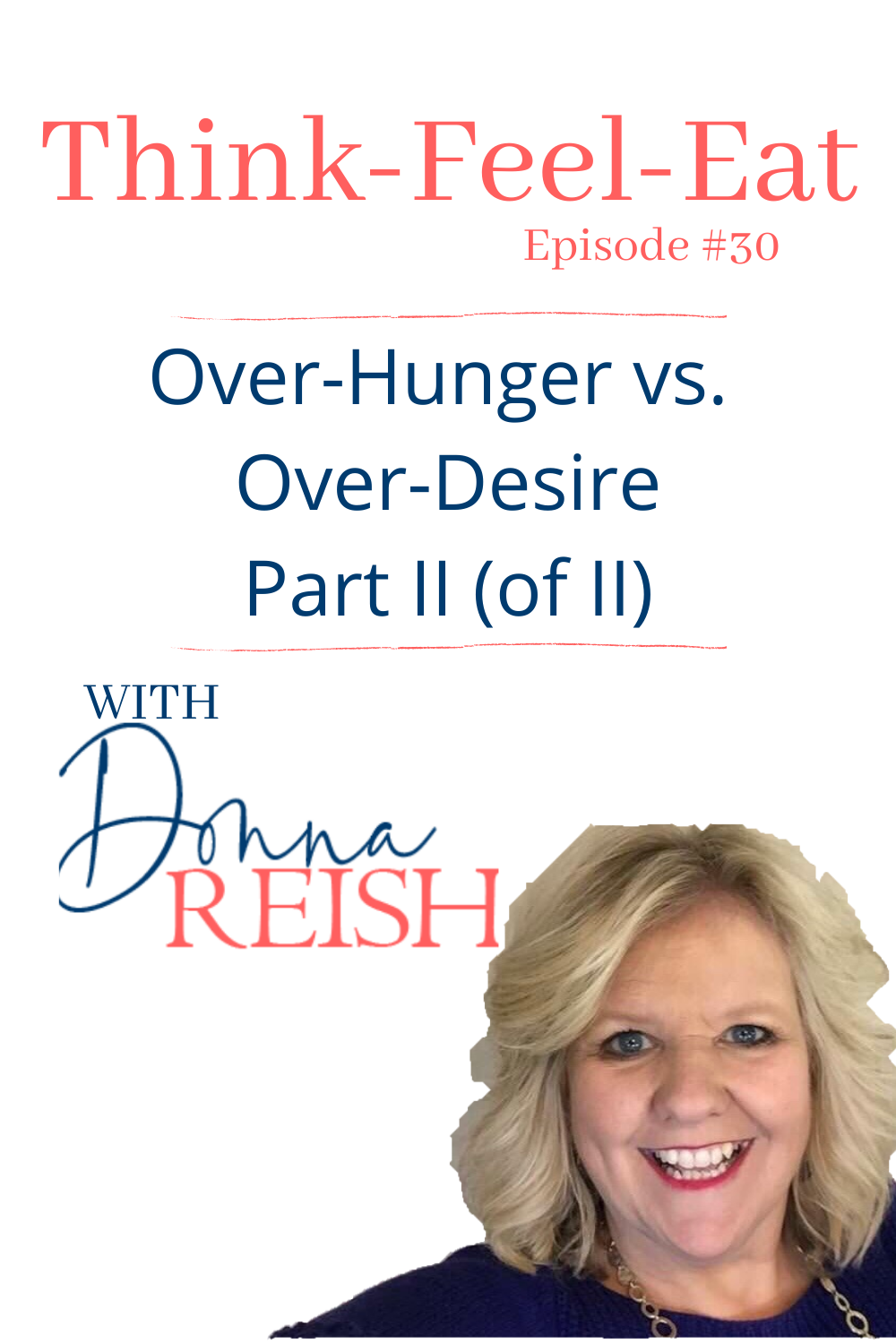